A Typhus outbreak in one of America’s major metropolitan areas is highlighting why exterminators are needed. The illness has claimed 22 lives in the Los Angeles area. 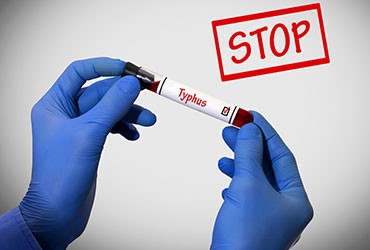 Unlike the flu and other deadly viruses, Typhus is spread by fleas. The cycle goes like this. A flea bites a person. The person rubs their eyes or touches a cut or scrape, spreading flea feces which carries the disease. Since flea bites can be prevented by eliminating fleas from the home, this has made more people aware of the need for a flea exterminator Dallas.

The source of the fleas is both domestic and wild animals. This includes rats and mice. Carter Pest Control is your go-to rat exterminator Dallas TX.

Pasadena has reported 20 cases in two months in 2018 compared to five in all 12 months of 2017. Likewise, Long Beach has reported 12, which is double the annual number. In other parts of the county, there are nine reported cases. Public health officials consider an illness to be an outbreak when there are more than nine cases in a geographic area.

There are different kinds of Typhus, but in the case of Typhus which is spread by fleas on rats, the illness causes symptoms that can be confused with a flu virus. Often patients don’t even know that they were bitten by a flea.

Why does this matter in Dallas?

Well, it’s a cautionary tale. Los Angeles-Anaheim is the second largest metropolitan area in the country, and it has a growth rate of 4 percent since 2010. Dallas-Fort Worth is the fourth largest metropolitan area, and its growth rate is a whopping 15 percent. Dallas residents have to contend with many of the same problems that they do in LA. This includes the danger of disease, especially one that is spread by something as common as fleas and rats.

This certainly suggests that pest control prices for fleas or rats are worth the protection it affords our families. It definitely indicates how important multi family pest control is. Pests spread faster in multi-family units such as duplexes and apartments. If you have a flea problem in your home, apartments or residential facility, you can rely on the experts at Carter Pest Control. Our local pest control company handles all types of critter control.

How to Determine if You have a Flea Infestation

Often fleas are attracted to water. This may mean flea bites on your ankles when you are in the bathroom. If the infestation is bad, you can get bitten anywhere on your body in any room in your house or the yard. The flea extermination process Dallas TX can quickly eliminate fleas from your home. This should give you peace of mind and protect you from flea-borne threats such as Typhus fever.

How to Determine if You have a Rat Problem

Before you ever see a rat, you can watch for signs that rodent control is necessary. Mice and rats leave droppings, which are very unsanitary. They may cause damage as they root around for food. You may also stumble upon a nest. Roof rats may make holes in the exterior of the building. If you want to get rid of rats you’ll need a company that knows how to do more than just set traps.

Commercial and residential rat exterminators at Carter Pest Control know exactly what to do when it comes to rats and mice in your warehouse, business, restaurant, or home. In addition to extermination methods, we know all the tricks of exclusion. We can safeguard your property against rats that come from outside. We can deal with rats in the attic. Our techniques are proven to work. The experts at Carter Pest Control will make sure rats are gone, taking their fleas with them. You can be sure that the rat exterminator cost is affordable, and the peace of mind is priceless.

Schedule an appointment at your convenience. The Carter Pest Control team is at your service.

Get a free quote